the nabo blog: the hype around colorful smoothies - what's actually behind it?

colorful smoothies and rustic buddha bowls are really in vogue. a glance at social networks quickly shows that nowadays, a creamy and colorful drink has taken the place of traditional breakfast, such as bread and varied ingredients like raw food & co.

my name is oliver schröder and i was able to welcome the nabo team as guests today, while they were making a film in the schröder kitchen studio (https://schroeder-kuechensysteme.de/) for the naturheilzentrum bottrop (‘nabo’ for short) youtube channel. the two naturopaths and vloggers, farid zitoun & christian rüger once subjected the colorful shakes to an exact analysis in our professional kitchen: which ingredients belong in a really healthy smoothie, and what should not be included in the blender, if possible?

the lifestyle & health bloggers farid zitoun and christian on the subject of smoothies:

as a passionate cook and a professional kitchen designer, i find traditionally prepared meals and current food trends to both be of interest. as a liquid breakfast, smoothies have become a staple for customers or for one friend or another, due to their quick preparation: clean, peel and cut the ingredients - put them in the blender or smoothie maker – and you’re done. downright perfect for People who can’t get going in the mornings and also a great alternative to traditional buttered rolls as a ‘breakfast to go’.

the nabo team has researched what's behind the hype for you: naturheilzentrum bottrop goes for healthy cuisine - smoothies yes, but healthy, please!

ingredients of smoothies & co - not necessarily an asset to your health

studies show that behavior and habits are changing with regard to diet: smoothies have long since overtaken traditional breakfast. these statistics confirm experiences that i have had: almost half a million People now consume smoothies daily - at least, that is the unbelievable result of a recent survey in germany: https://de.statista.com/statistik/daten/studie/181480/umfrage/haeufigkeit-konsum-von-smoothies/

the problem with most ready-made smoothies from the refrigerated section of the supermarket is that they often contain a lot of additives and sugar - and on the other hand, not enough fat and proteins. as a rule, the colorful shakes on the shelf are anything but conducive to your health. another aggravating factor is the fact that the bulk of the content comes from fruits and not from green vegetables. for smoothies to be really healthy, they should contain a recommended proportion of around 80 percent vegetables.

homemade is the motto - for example with the #nabomade smoothie

zitoun and rüger recommend making them yourself: they have created the ultimate smoothie recipe for you to try out, so not only can you watch the two vloggers, but also take an active part. incidentally, this is one of their favorite smoothies. not only does it have a beautiful green color, but it’s also healthy - and is a great booster for more energy and health, especially on hot days.

the green recipe with nutrition for you: vegetable smoothie from the naturopathic practice

wash and chop the tomatoes, cucumber, and parsley into small pieces. halve and cut the avocado, remove the large seed and the avocado flesh with a spoon. put all the ingredients in a blender or smoothie maker and fill with water. blend until thoroughly mixed. if you prefer a more liquid smoothie, you can add more water here. fill up big glasses with it and cheers! but please make sure that the smoothie should also be chewed and not drunk, as this is more of a meal than a drink. and for optimal health gain, you should not consume smoothies in bulk, but rather have them in moderation.

well – are you now in the mood for fresh smoothies? are you the kind of Person who relies on ready-made smoothies or someone who likes to try homemade shakes? incidentally, it’s actually very easy with the right blender, so don’t be scared! do you have some favorite creations of your own that you would like to share? then, submit your ultimate smoothie recipes in the comments section – i can’t wait to read them! 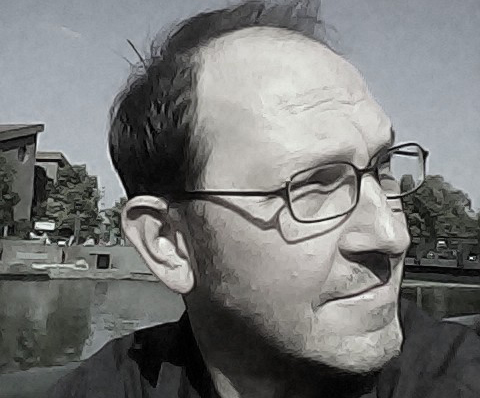 ...oliver schröder is a blogger, amateur cook, family man, and enthusiastic kitchen planner. the motto of the ruhrpott fan is: “if it’s tasty, healthy and promises diversity – it can go on the table”. his motto also comes into effect in ergonomic planning with his team in the kitchen studio,. he is just as careful when it comes to dealing with food. for him, healthy cooking is far more than a trend, it is a (his) way of life.