Physical rehabilitation after chemo – support for the battle against cancer 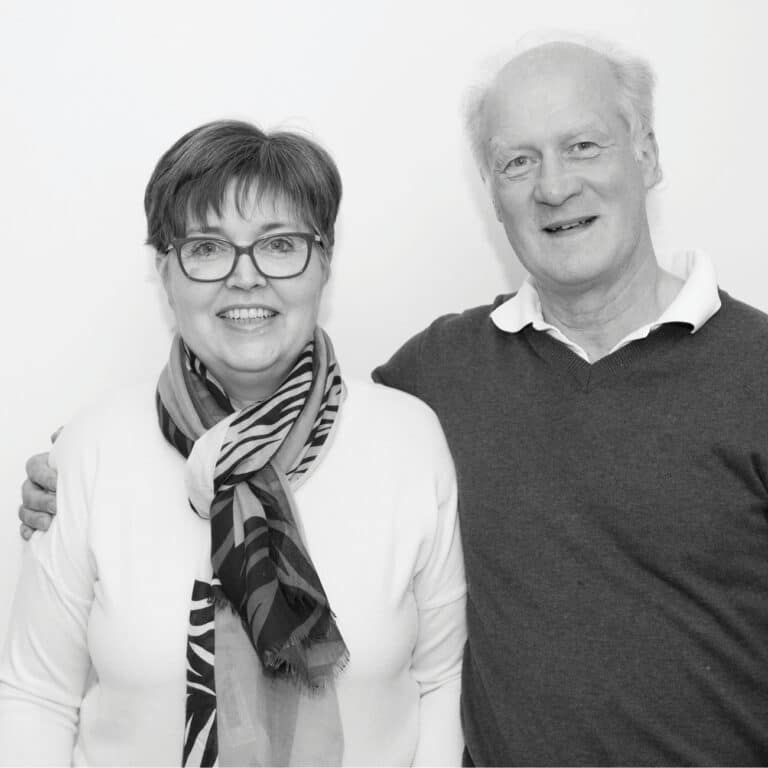 Warm greetings from Ascheberg! We are Monika and Wolfgang Frontzek and recently celebrated a very special fifth anniversary. It is five years since Monika was diagnosed with a brain tumour and the prognosis was that it was incurable. The doctors gave her only six months. 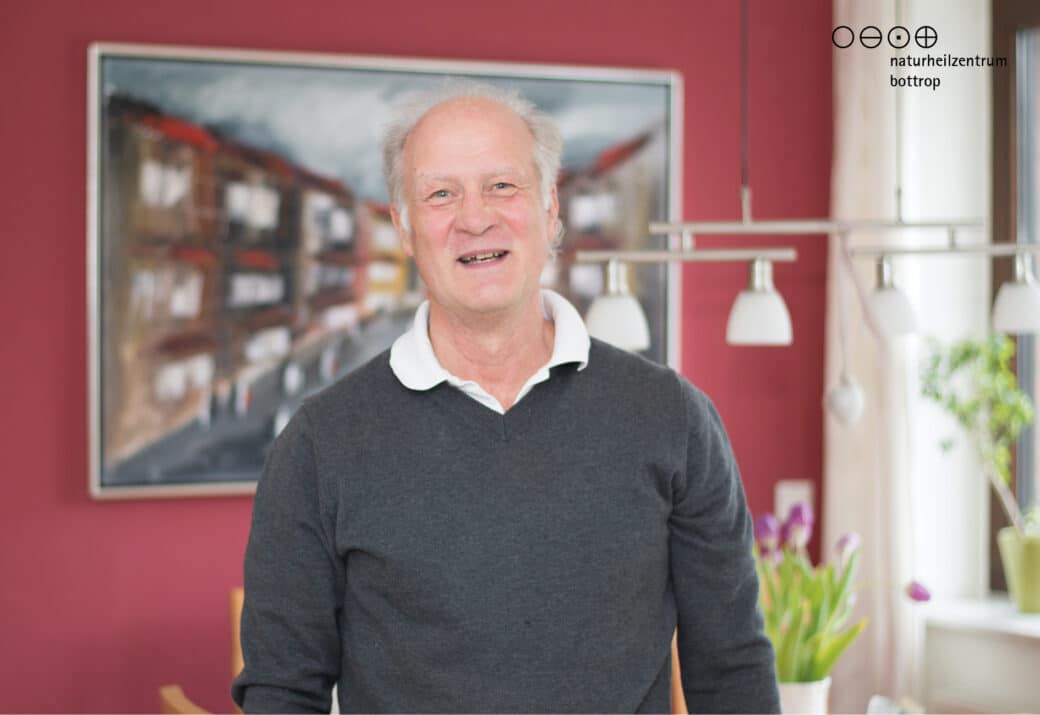 So, this was all five years ago. Five years during which we persevered and did not give up. A five-year battle against cancer that was not easy and took its toll but was also a time of hope, luck and gratitude. During this time, we were supported by the wholehearted commitment of alternative practitioners, Farid Zitoun and Christian Rüger from the Bottrop Natural Healing Centre who helped to reduce the physical side effects of chemotherapy. 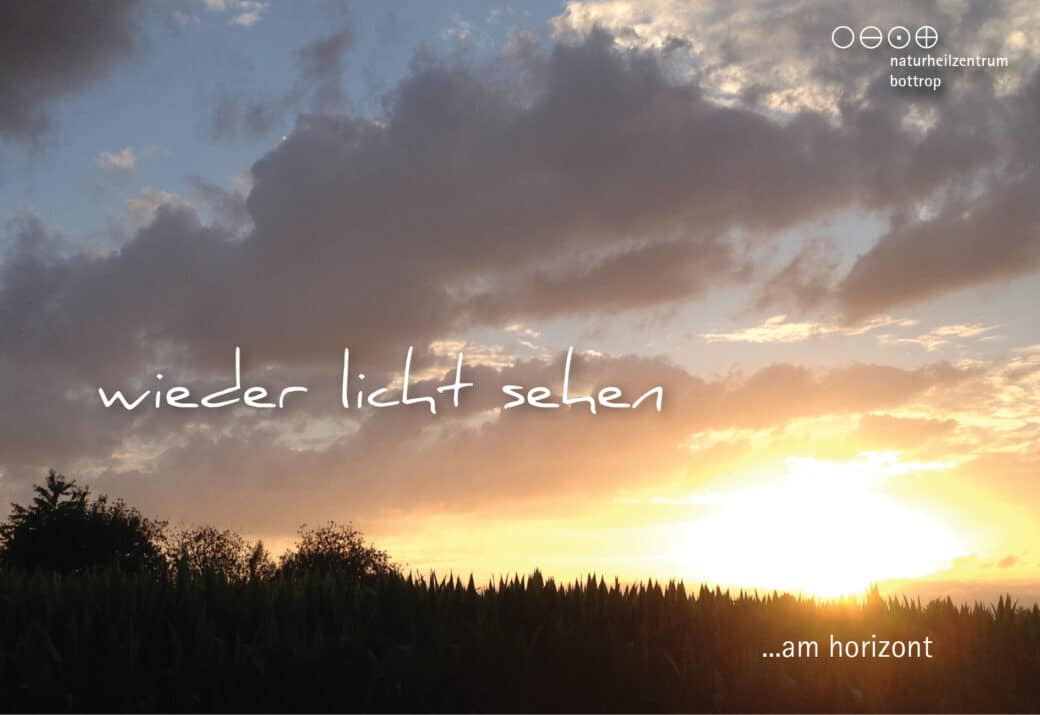 Due to the success of modern medicine, we have been able to put the doctors‘ prognosis behind us and look  to the future with renewed courage. The chemotherapy underwent by Monika helped her a lot but also had its dark side.

You too can act to regain your physical fitness after chemo and despite its side effects, rediscover quality of life and courage. That’s why we would like to tell you about our experiences. 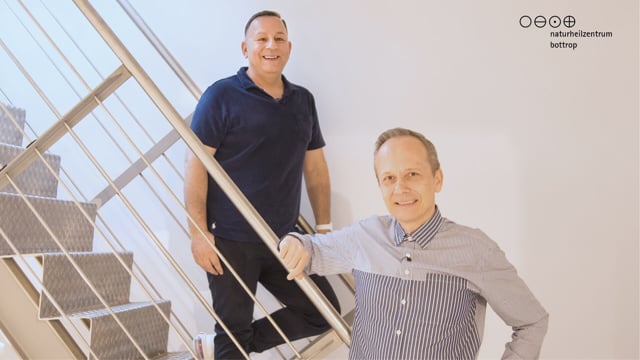 Chemotherapy – a major combat operation with advantages and disadvantages

In most cases, chemotherapy continues to be the most effective therapy in the battle with cancer. However, it also has disadvantages. The remedy feels like a napalm attack on the entire body, as it is not only cancer cells that are attacked but also healthy cells. Thus, some of the most widely reported side effects are hair loss, vomiting, loss of appetite and general weakness.

Monika also experienced these side effects. When she was undergoing many consecutive chemotherapy treatments it did indeed become more difficult to remain positive. Our quality of life was reduced for a while and we also had times when we were stretched to the limit, but our perseverance was rewarded. 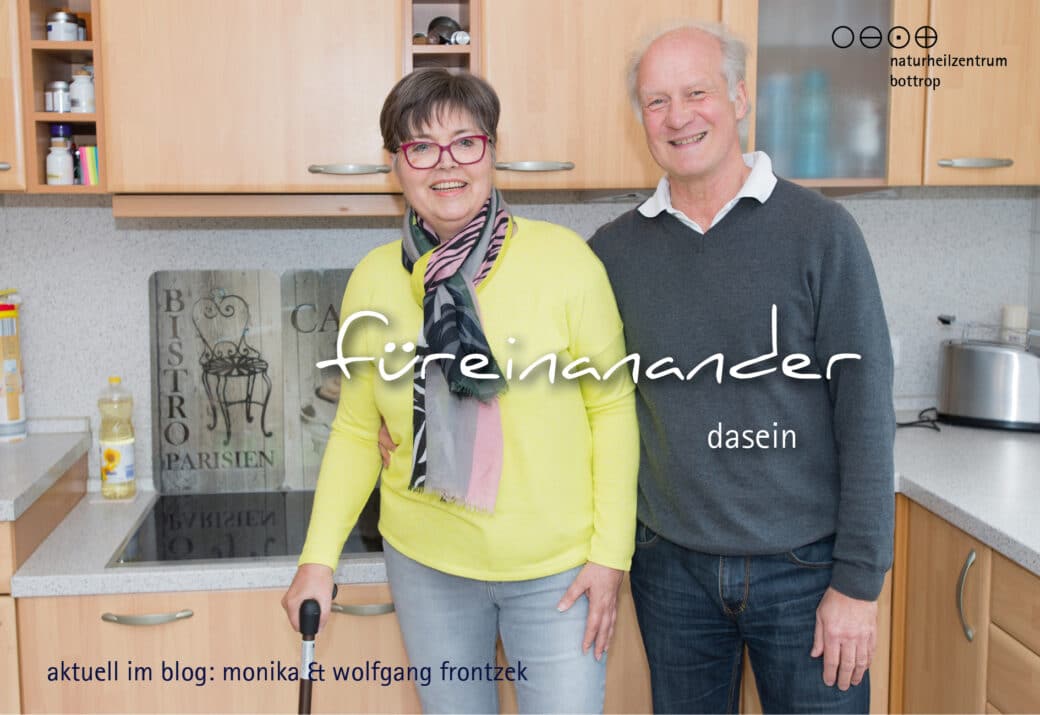 At such times those who provide emotional support can be incredibly helpful in keeping up morale and enabling us to find strength and resilience. When we stand together both those living with cancer and their relatives are stronger. If you know someone who is battling cancer you can support them by simply being there for them.

Yet emotional support was not the only thing that helped us with physical rehabilitation during and after each chemo treatment. Naturopathy can also be complementary and offer ways of combatting the negative effects of chemo. 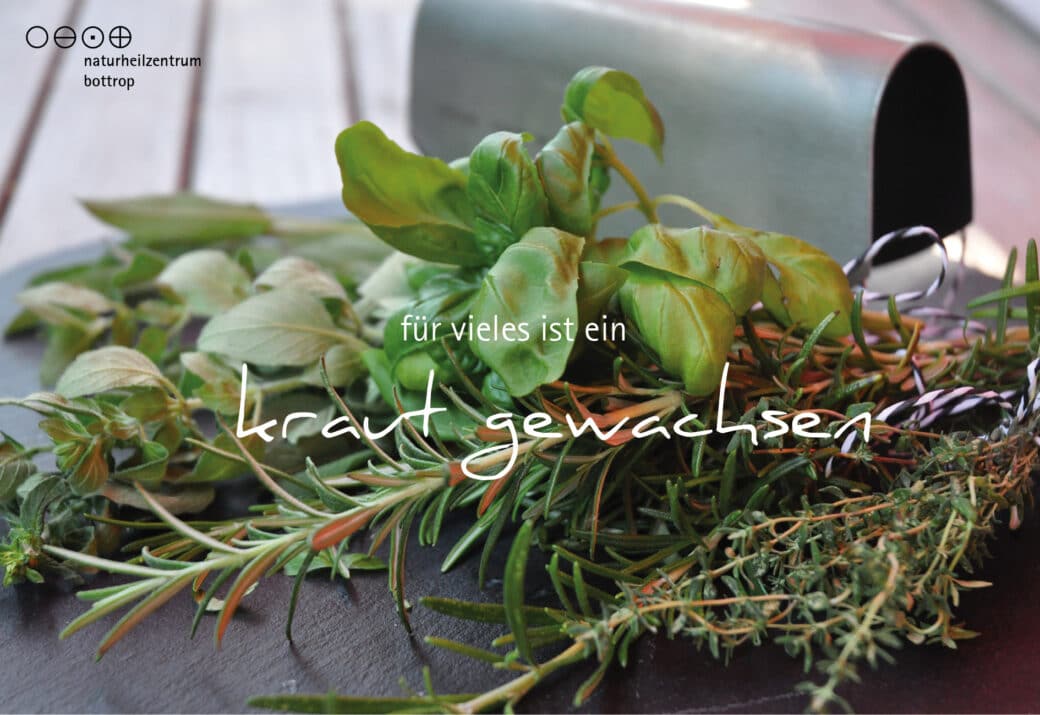 After discussion with our oncologist, we remembered that one of our children had already had a positive experience at the Bottrop Natural Healing Centre. We asked for an appointment with health experts to get a second opinion.

It then became clear that for Monika there was no alternative to chemotherapy with a similarly positive prognosis. Yet we felt certain that naturopathy could, nevertheless, help her significantly to regain her strength after chemo.

We think that the key word here is ‘complementary‘. Its effectiveness can be shown by the fact that it has now become mainstream, as demonstrated by this report from NDR, the radio network.

It is all about regaining quality of life, helping the body rid itself of the toxicity of chemotherapy and restoring the energy and strength that were lost during treatment. 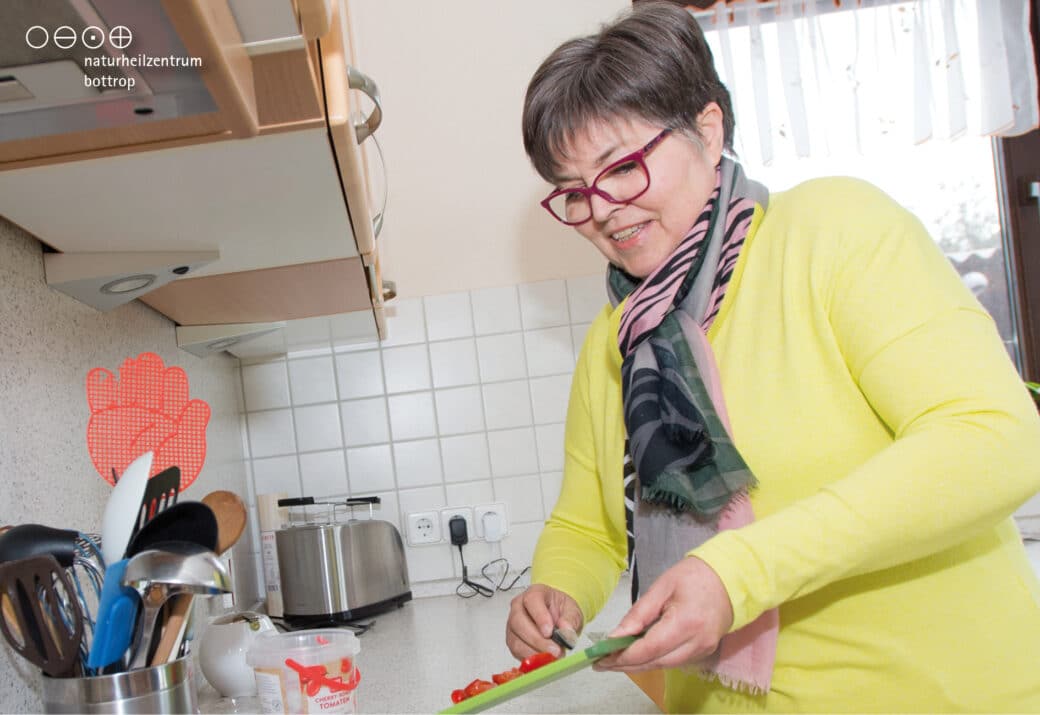 And also dealing with the. at times, dreadful side effects of chemo that were often an everyday occurrence for Monika during her treatments. Frequently it is the side effects themselves that make the battle against cancer such torture.

Traditional medicine is becoming increasingly receptive to this idea. The University Hospital, Freiburg has published an important booklet indicating the effectiveness of various complementary medical procedures.

In terms of effectiveness, quality of life is prioritised in the battle against cancer. The individual methods and therapies can have a positive impact here, according to scientists.

You decide what is best for you

In the course of our research and with advice  from NABO,  we also came across various naturopathic remedies of relevance to Monika. These included tailored nutritional advice, physical exercise, acupuncture, yoga or also mindfulness exercises. 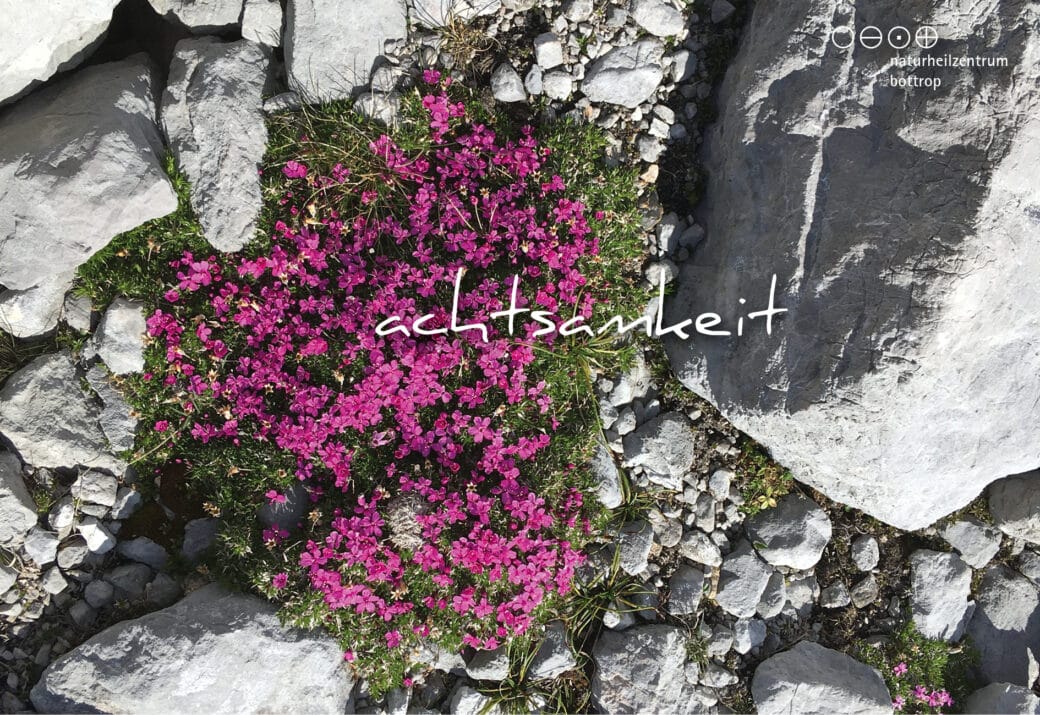 These complementary therapies focus on different parts of the mind and body. However, one thing they have in common is that they prioritise wellbeing. Chemotherapy-type treatments are still demonstrated to be most effective against cancer cells, however, naturopathy can support physical rehabilitation during the course of treatment and subsequently. It was beneficial for Monika in many different ways and gave her back a quality of life that is so important.

You can find out what can help you by seeking specialist support. It was important for us to discuss everything together with both doctors and naturopaths to ensure that there are no undesirable interactions between the treatments and that there is a seamless and fluid exchange between both disciplines. This was very important to us and also gave us security and so we would like to recommend this approach to you. 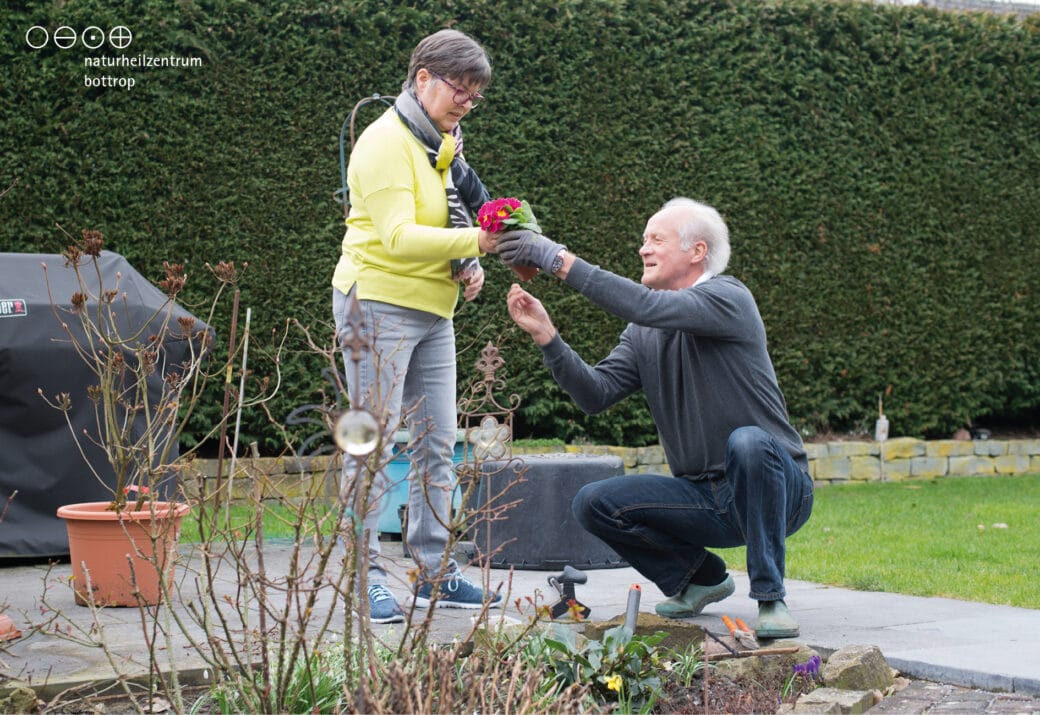 The last five years have taught us a lot: for example, how precious life is, and how  important it is to be grateful for life and health. Life is so precious that it is always worth the battle. To remain strong and not to give up. But most importantly to focus on one’s health and take it seriously. We would like to encourage all those of you living with cancer and your relatives not to despair even when things are not going so well.

Monika found naturopathy very helpful in regaining her physical fitness after chemo. The therapeutic advice designed for her by Farid Zitoun and Christian Rüger at the Natural Health Centre, Bottrop  boosted her physically. She felt better and had more strength and energy so that we could enjoy life again. We had hope again, – a vital resource in the battle against cancer. 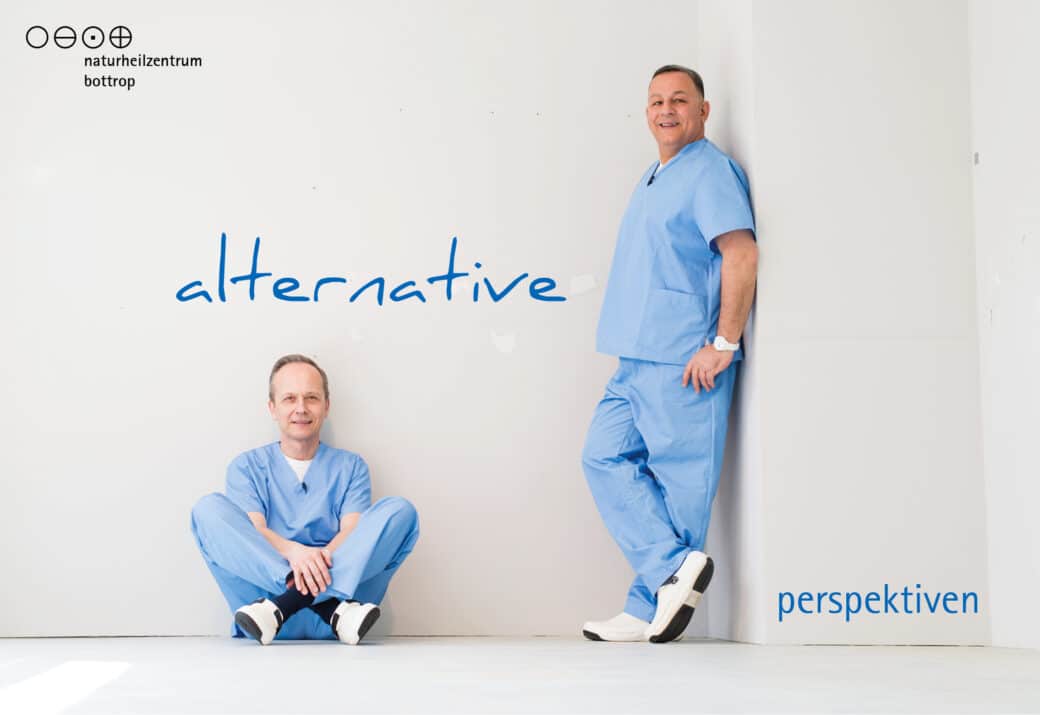 Ask your oncologist about specific complementary alternative therapies. You will find People at the Natural Health Centre, Bottrop ready to help you and advise you on your journey.

We are happy that NABO has already devoted a video to this subject. This also deals with the subject of cancer treatment and how naturopathy can assist and support the battle against cancer and physical rehabilitation after chemo.

We hope you stay well or get well and wish you all the best. And we also wish you strength and courage, wherever you are in your journey.

We would be very interested in hearing about your experiences with naturopathy, during the course of chemotherapy treatment and subsequently. This is because we think it is important and useful to share information, but also to provide encouragement. We look forward to hearing from you!

About the authors
Guest authors Monika und Wolfgang Frontzeck
… have been happily married for 36 years, have 3 children and live in Ascheberg in southern Münsterland. Born in the Rhineland, both have the typically positive attitude to life of this region together with the distinctive Cologne sense of humour that has played an important part in their wellbeing during difficult times. As they say in Cologne: one day without laughing is a day lost. Wolfgang Frontzek has been retired since the middle of 2020 following a solid management career after graduating in banking and taking an MBA. He was also an honorary commercial judge. He enjoys playing golf but also cooks, paints or does craft for relaxation. Monika Frontzek began her professional life as an assistant in retail and was departmental manager for a large fashion chain before she decided to take over the management of her small “family“ business on a full-time basis. She looked after her three children and supported her husband by advising him on his management work. Her life and work is her family, but she also relaxes by gardening, enjoys travelling and loves the sun. Her positive, affirmative attitude to life (see the Cologne motto: “Things always turn out for the best in the end, what will be will be“. („Et hät noch immer joot jejange, et kütt wie et kütt“) has helped her to overcome her hardest test yet on a personal level. 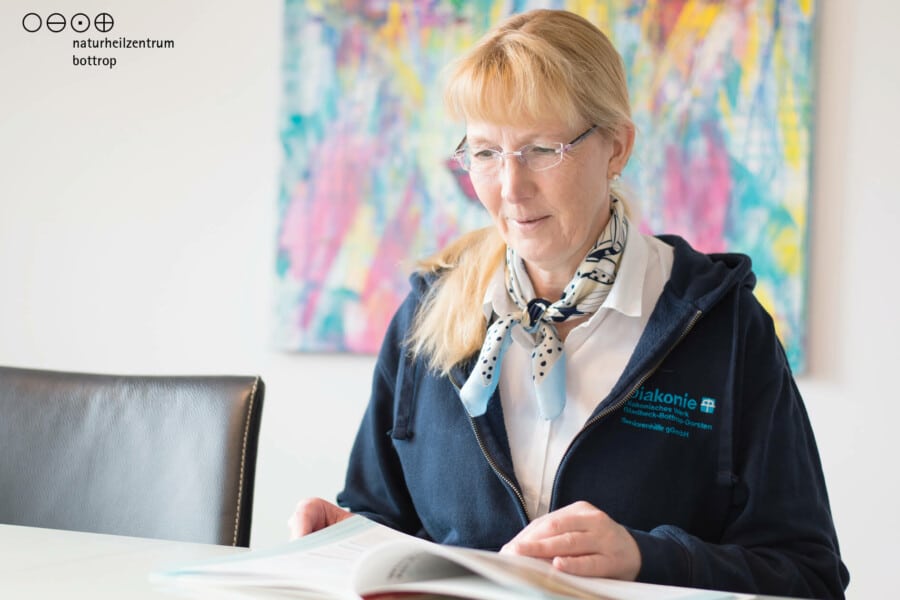 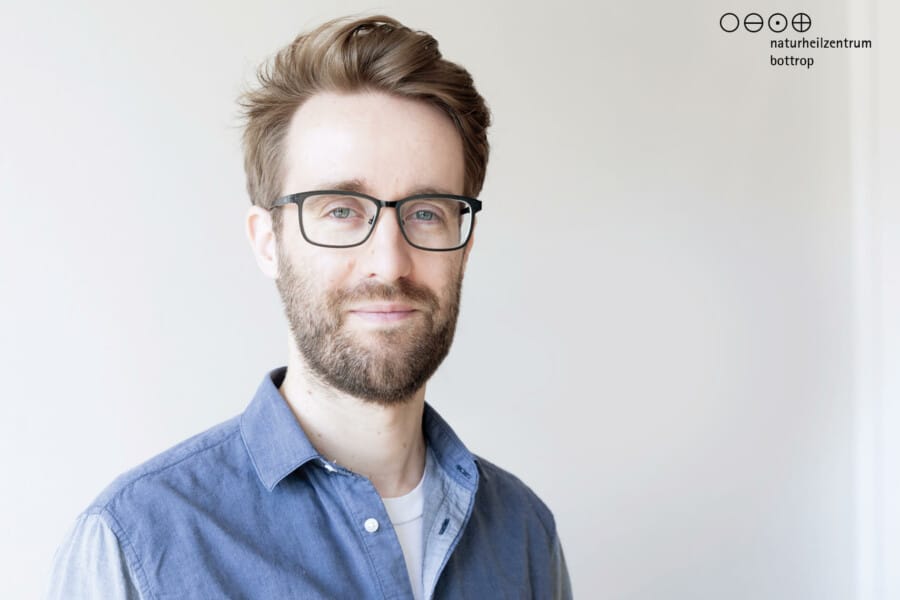 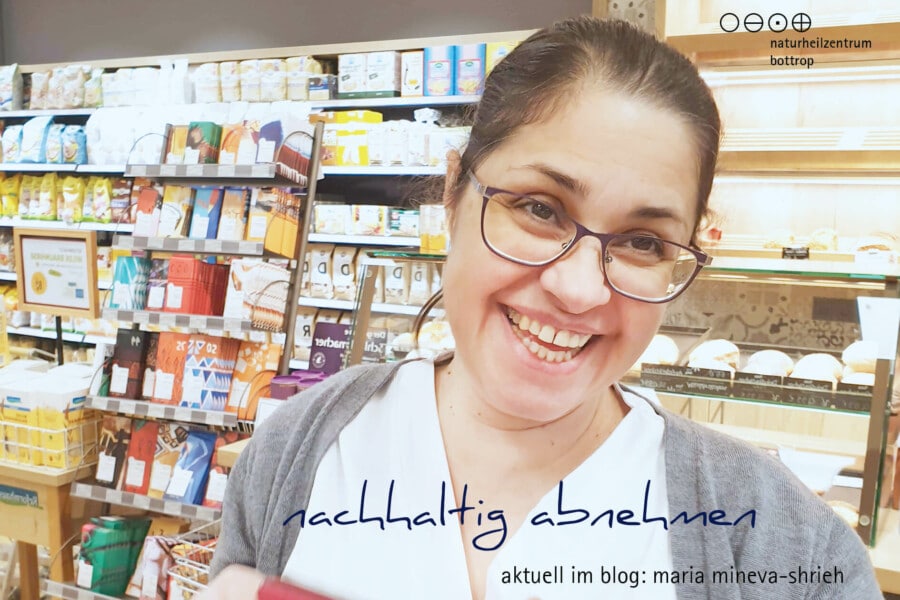 Hello from Bottrop! My name is Maria Mineva-Shrieh and I have been working as a … Read more