sleep disorders during a new moon – what’s behind it?

sleeping problems – i’m not familiar with them, thank god. i belong to the "sleep like a log" faction, rather than to those who cannot get any rest at night, who have difficulty falling asleep, wake up again and again, or find no peace before the alarm clock sounds.

hello, my name is claudia maruschke, and i am responsible for the area of ​​hygiene at the bottrop facility for naturopathy. i am curious by nature, and therefore, knowledge – especially healthcare knowledge – is a bit of a hobby horse of mine. today, i am blogging from my own experience on the topic of sleep disorders during a full moon.

what that means for bad sleep. what effect inadequate sleep has on you. this is something that a fair number of People complain about at bottrop’s naturopathic practice. daytime fatigue is the main problem. those who sleep badly are less active and less able to concentrate. this is obvious. of course, i have also had phases in my life during which i’ve had to struggle against daytime fatigue. as a mother of three children, i know exactly how that feels. you literally long for peace, quiet, and some sleep. the body signals that just a few minutes in between would help. with each of our children, the topic of sleep was the dominant family topic in the first few months of their lives. clearly, the new arrivals had to first develop a sleeping routine; they had to learn to adjust to the changes from day to night. of course, regular sleeping and meal times also had to be developed. those who have had several children of their own will know that this process can happen quickly with one child, but be significantly slower with another. this is nothing unusual, you just have to persevere. one child can be very easy to care for, sleep like a log from the beginning – like his mama – while another can only be got to sleep with effort. creativity is then required. and the courage to also try things outside the norm on occasion.

my son slept best in the car

when nothing else seemed to work, we also packed our offspring into the car and drove around at night. the sound of the engine seemed to have a soothing effect. what seemed to be impossible in bed somehow worked in the car after a few kilometers. my son became quiet, stopped crying, and fell asleep after only a few minutes.

however, our trip was not yet at its end. the fear that he might wake up from his sleep was too great. to be on the safe side, we chauffeured him a little further through the town at night, and then tiptoed back to our apartment. we had to be particularly careful on the stairs. we didn’t want a squeaking floorboard to wake up a child who had refused to go to sleep for so long. during the day, my children were preferably encouraged to go to sleep. into the baby buggy and out amongst the greenery of nature. such excursions had a well-functioning sleep-inducing effect on all three of them. other mothers had it less easy; they had to reach for a vacuum cleaner or hairdryer. with their children, background noise proved to be extremely successful in getting their children to sleep.

does the full moon affect us?

meanwhile, my children have grown up. only the youngest still lives at home. the nights that i spent awake by my children's bedside are now long gone. but every now and then - as everyone will know, even if their sleeping patterns are regarded as completely healthy - i also have nights, which are less relaxing. i suspect the full moon a little, which does bother me. i still fall asleep just as well when there is a full moon, and i also don’t wake up during the night. however, when i get up in the morning, i have the feeling that i’m not really rested. but how can that be?

the moon and its possible influence on our health has always been a topic among my circle of friends. but i immediately felt that i was not being taken seriously. with a wink, my observations were dismissed as weird or a figment of my imagination. the moon would have an effect on the tides – that’s physics. but it would definitely not have anything to do with our sleeping patterns. i should not let my imagination run away with me, regardless of whether or in what form the moon could be seen in the sky in the evenings.

melatonin can be the trigger for sleep disorders

but there is a connection between moon phase and my sleep. i wanted to know exactly what it was, and so i took the next opportunity to ask at the practice. my temporary bad sleep could be the fault of hormones, explained my two bosses farid zitoun and christian rüger, who are in charge of naturheilzentrum bottrop. primarily melatonin. the full moon can certainly have a negative effect on our melatonin metabolism. the hormone encourages sleep and regulates our sleep-wake rhythm. its release is enhanced by darkness. bright moonlight, which streams in through the bedroom window at night, can bring about complications. i have experienced the consequences of this. from now on, there is absolute darkness in our bedroom, full moon or not.

we can sleep better in the dark

the effect was quickly felt. the darkened surroundings did me good. and i no longer get stressed if things don’t go well with my sleeping patterns now and then. for example, during stressful phases or if i catch a cold, it is completely normal for our sleep rhythm to get a bit out of balance. this usually subsides after a few days all by itself.

experts only start talking about insomnia – a sleep disorder - when we can no longer sleep properly on several nights per week, over more than two or three months. and you should not take it lightly, as the naturopaths zitoun and rüger also point out, because sleep disorders not only result in daytime fatigue, they can also be symptoms of certain diseases. this must then be medically clarified.

full moon adé - try it out

but do not panic if you toss and turn from one side to the other tonight. not every bad night equates to insomnia. my tip: do not let yourself get stressed. try to clear your mind, think of beautiful things. and one more thing that is very important. just do not look at the clock. it can drive you mad and does not allow you to get any rest. this works for me. not always, but more and more often. it is worth trying in any case. i wish you a good night. sweet dreams. and if that does not work out, think about this: it is the beautiful things in life that let us get to sleep.

are you also "moonstruck" J? and if so what is your method of dealing with it? i’d be interested to hear. 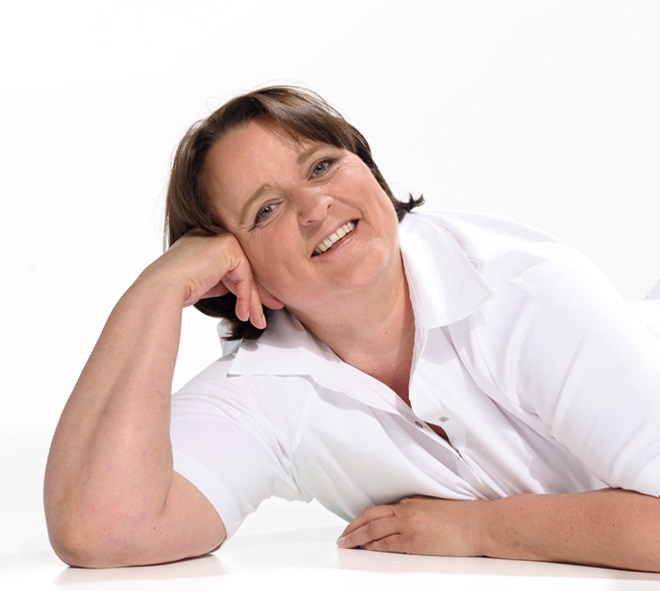 ... along with olga brunkov, claudia maruschke is the other good soul in the hygiene team. as an employee, she lays this foundation so that everyone feels comfortable and can concentrate on the patients in a healthy environment. she always performs her work thoroughly and conscientiously, and is therefore an important part of the team at naturheilzentrum bottrop.