Iron deficiency in the steel factory? My experiences with iron supplements and their dangers

Hello from Bottrop! My name is Hanns Brunnert and I manage a steel and non-ferrous metal factory together with my wife, Annette. I am your expert from the Ruhr area when it comes to metal. I am especially familiar with iron because, after all, most of what I produce comes from it. Some time ago, however, I got a completely new perspective on iron. My wife told me about an article in a magazine that warned women about iron deficiency.

Iron deficiency? Considering our daily work, I had to laugh heartily. But she did not seem to want to laugh. Instead, I saw concern on her face. The article said that as a woman she needed a lot of iron and a lack of iron was bad for her health.

Who would have thought that? Every day we have iron in our hands, but I rarely thought about the iron in my food. The consequences of an iron deficiency sound frightening at first glance: blood deficiency, weakness and rough, chapped skin? Now it was my turn to get a bit scared too.

Nevertheless, I also had a healthy degree of skepticism. Why had I never heard of it before? Do we really absorb so little iron? The article in the journal ended with the recommendation to take iron supplements. The funny thing was that an advertisement for an iron supplement was directly inserted on the next page. This seemed to be more than a coincidence to me.

Feeling insecure, I turned to my trusted naturopath, Farid Zitoun, from Naturheilzentrum Bottrop. I explained what I had read to him and asked him for his advice. That‘s how I first learned about the possible downsides of taking dietary supplements. Taking iron supplements for no reason? Maybe the advice is well-intentioned, but it’s a risk! Too much isn’t always good and an excessive amount of iron can even be very damaging to the body. Incidentally, the German Federal Office for Risk Assessment also has a warning about this. (https://www.bfr.bund.de/de/presseinformation/2018/01/hoechstmengen_fuer_vitamine_und_mineralstoffe_in_nahrungsergaenzungsmitteln-203269.html)

Instead, the nabo team gave me several good tips on how to effectively prevent iron deficiency. Iron-rich foods, such as meat or legumes, are best consumed with vitamin C-rich foods, as this facilitates the absorption of iron in the body. Coffee and black tea, in contrast, make the absorption more difficult. And if I'm still worried about whether I have an iron deficiency? Then I’d go to the doctor or naturopath first, and get a blood test done.

My wife and I decided against that because with my new knowledge, I’m aware that we already absorb a lot of iron through our diet. We both felt more secure and I began to look more closely at nutritional supplements. Not only did I then find out about their potential dangers, but at the same time, I learned about healthy eating habits and the nutrients that our bodies need.

For example, I learned that supplements sometimes contain too many essentially healthy vitamins and that this can be dangerous to the body. The seemingly innocent vitamin pills that some acquaintances of mine take with conviction every day ... a potential danger? I was stunned and could not believe that something so good could also be so bad. I was even more stunned that hardly anyone knew about this and that supplements are still bought so often.

Iron supplements: Control is an illusion

If I buy raw materials for my workshop, it'll be all about the details. I can determine the proportion of iron in my steel to my exact wishes. This is also necessary, as it ultimately determines the properties of the material to a decisive degree. But what about the iron in over-the-counter supplements? Sure, the amount of iron is usually given, often together with the percentage of the daily recommended amount. After all, the companies like to advertise that their products contain as many nutrients as possible.

But what about the warnings of too much iron absorption? What about the explanations of how much iron a Person needs and what the recommended amount actually means? What about all the other substances that the supplements usually contain? There is often very little information about this. If I had not looked into the subject more closely, I certainly would never have known that it could even be harmful for me to blindly listen to advertising and take iron tablets every day.

Unfortunately, I had to come to the conclusion that there are obviously more controls on the iron in my workshop than there are for tablets - which can nevertheless have a much larger and more direct impact on our health. This seems wrong, but it makes it clear that we should all be more aware of what we put into our bodies.

Be informed about iron deficiency and feel secure

I advise everyone to look into the subject of food and dietary supplements. You can therefore put many fears to rest directly. It turns out that most People ingest enough vitamins and nutrients and have little to worry about anyway. At the same time, it is no longer easy to be taken in by the occasionally very grandiose promises of the manufacturers. Some things are just too good to be true!

In addition, consumers can also keep themselves informed via the consumer center. This has published a portal about dietary supplements: https://www.klartext-nahrungsergaenzung.de/

Finally, I have an extra bonus from my wife for you: a recipe for pan-fried vegetables with Indonesian-style peanut sauce. Full of vitamins and trace elements. Completely safe and just delicious.

1 tablespoon of white or brown sugar

First, chop the onions and garlic and sauté them in a pan with the oil. Now add the meat substitute in slices and continue to sauté for about five minutes. Then place the contents in a bowl and fill the pan with a cup of boiling water and the sliced ​​green beans. Now steam the beans with the lid on top for about seven minutes.

While the beans are cooking, place all the ingredients for the sauce in a blender and puree until they form a uniform mass. After the seven minutes have elapsed, add the sliced ​​peppers to the pan and let them steam for another five minutes. Finally, add the onions, garlic, and meat substitute mixture, and toss everything with the sun-ripened tomatoes, the soy sauce, and the Sambal Oelek. Now cook for a few minutes, until everything is hot enough. Then serve everything on the rice that has been cooked in the meantime and voilà!

Have fun cooking and best wishes!

PS: What do you think about vitamin tablets and dietary supplements in general? Have you ever taken note of such remedies because of their advertising promises? Tell us about your experiences in the comments! 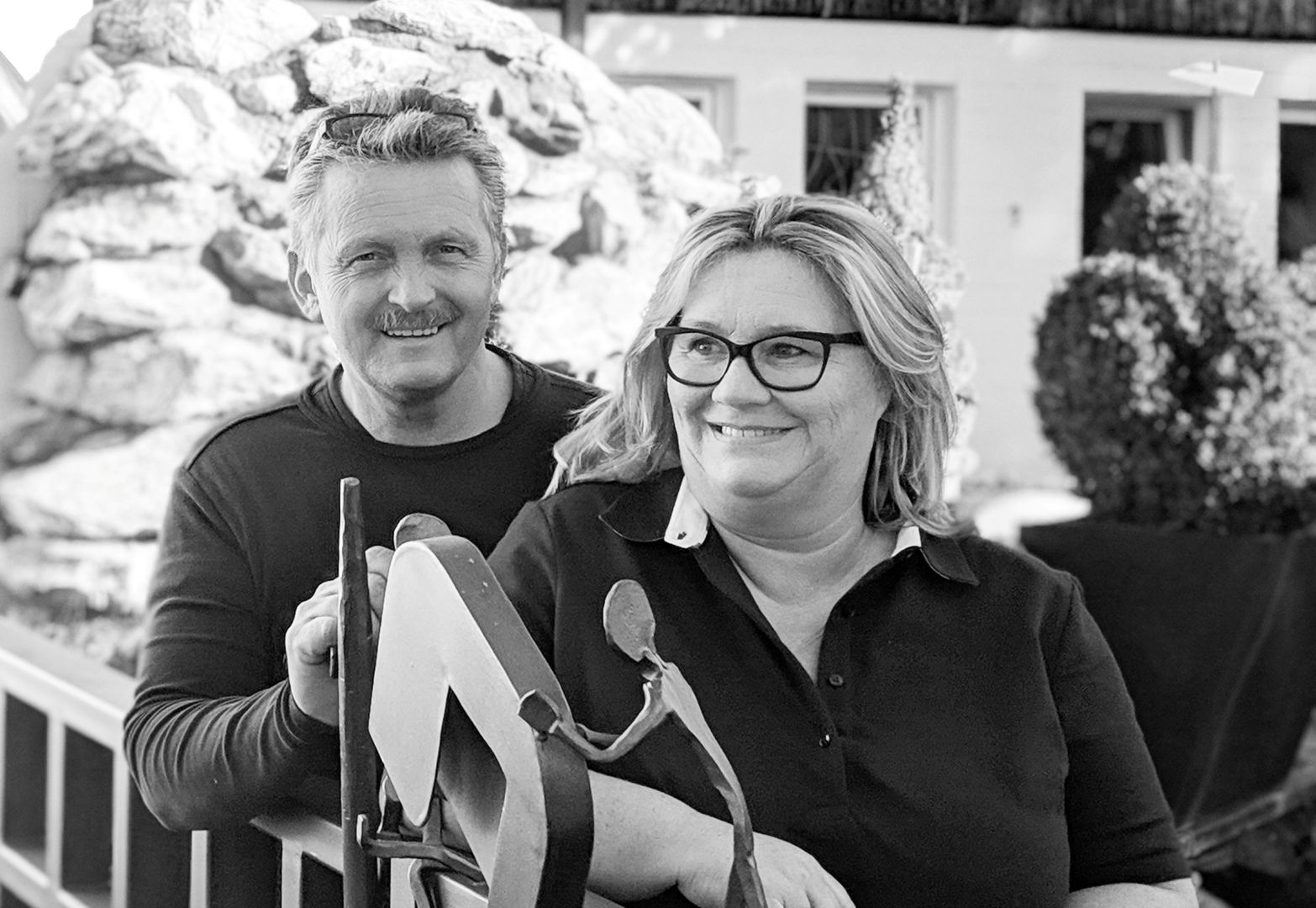 ... have been running the steel and non-ferrous metal factory in Bottrop together for many years. Hanns Brunnert (56) took over the business, which was founded in 1930 by his grandfather, from his father in 1993. He predominantly fills his spare time with sports activities such as jogging and visits to the gym. In addition, he has put his musical streak into practise by playing an organ for over 50 years. He was able to pass on his fascination for metalwork to his wife, Annette (52). The trained optometrist took over as the owner of the business in 2012. Together, they not only work on extraordinary bronze metalwork, but also on a healthy and natural diet for themselves and their family.

How the history of naturopathy influences my work
Circulatory problems in summer - what to do? Circulatory tips in the heat
Animal stories about ears - lessons for tinnitus & naturopathy?